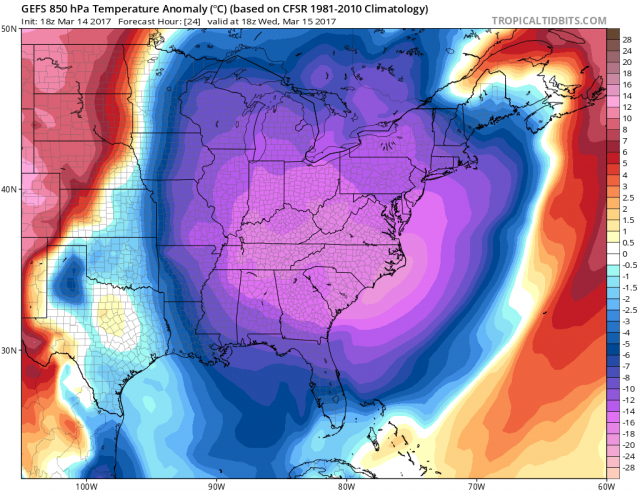 The winter storm has left but very cold and gusty winds continue for the next couple of days as a trough of low pressure hangs around.

Winds will still be busy on Wednesday (West @ 20-25mph with gusts 35mph+) and high temperatures will struggle to reach the freezing mark. Winds chills will remain in the teens all day so bundle up if you are heading out. In addition, a weak disturbance will move through triggering a few snow showers during the afternoon which could result in a dusting of snow on the ground. 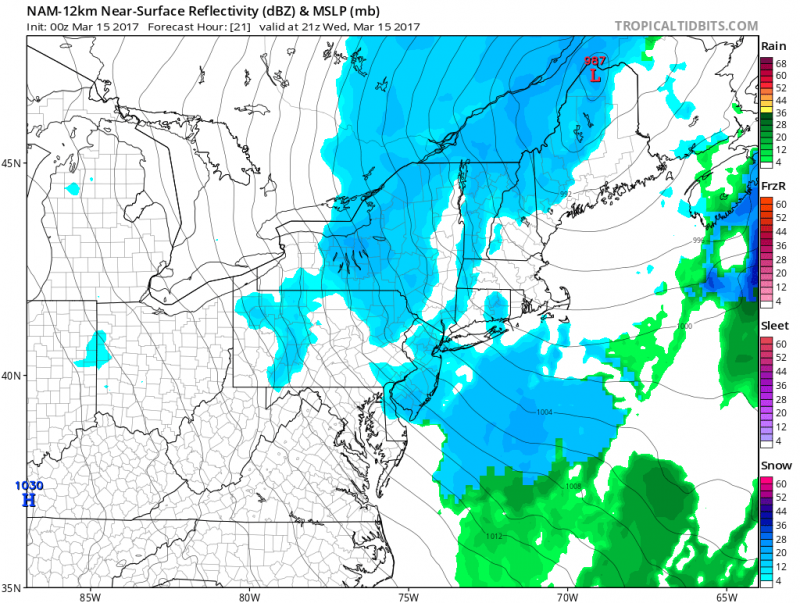 Wednesday night will be another frigid night as temperatures will drop into the low 20s with winds chills in the single digits. 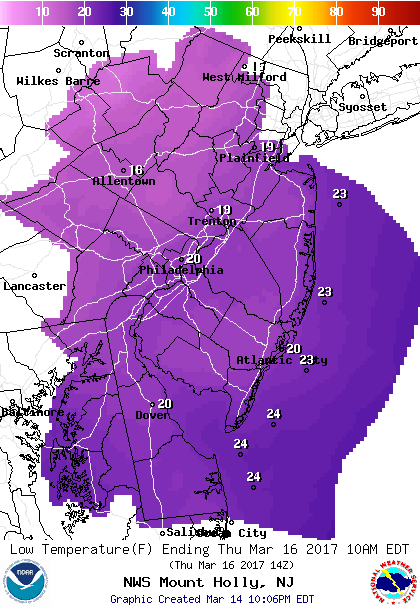 More sunshine on Thursday but strong gusty winds continue. High on Thursday will still remain in the 30s.

Winds finally ease up on Friday and temperatures rebound into the mid 40s (still below normal). A front will approach at night triggering a shower. 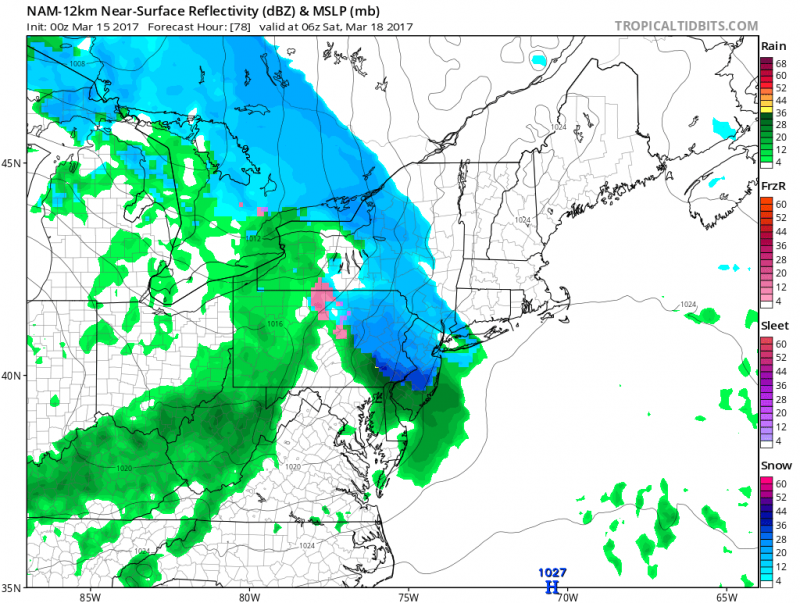 Models bring showers ahead of a warm front Friday night with a period of snow across Central & Northern NJ. (Courtesy: tropicaltibits.com)

The weekend will start out “mild” with an early shower on Saturday. Temperatures could reach 50+ degrees but don’t get used to it. A cold front moving through will push temperatures back into the 40s for Sunday.

Spring officially arrives Monday morning at 6:29AM but the weather will still not quite feel like spring. Although temperatures will not be as cold as they are now, temperatures will generally be below normal for the remainder of the month. Upper 40s-low 50s next week and then slow improvement the last week of March as high temperatures climb in the 50s.