One torn down. Two to go.

The ghostly hulk of an abandoned gas station was demolished Thursday, a pivotal first step in Ocean City’s efforts to remove blight from its main gateway.

The BP was one of three decrepit, former gas stations lining the Ninth Street entryway. Its demolition comes just three weeks after City Council approved a $475,000 bond ordinance to buy the site and transform it into open space.

With the BP now gone, two old Exxon and Getty stations are the next targets for demolition.

The Exxon site is expected to be redeveloped later this year into a multimillion-dollar office building for the Keller Williams real estate firm. The city is in talks to acquire the Getty property and turn it into open space.

Meanwhile, the old BP station’s weather-beaten building was reduced to rubble by heavy construction machinery equipped with a giant claw. Also torn down was the overhead canopy covering the gas pumps.

All that remain standing are four old pumps. As part of the property’s sale, the current owner, SAE New Jersey Realty Co. LLC of Pennsauken, will remove the old underground gasoline storage tanks before turning over control to the city. 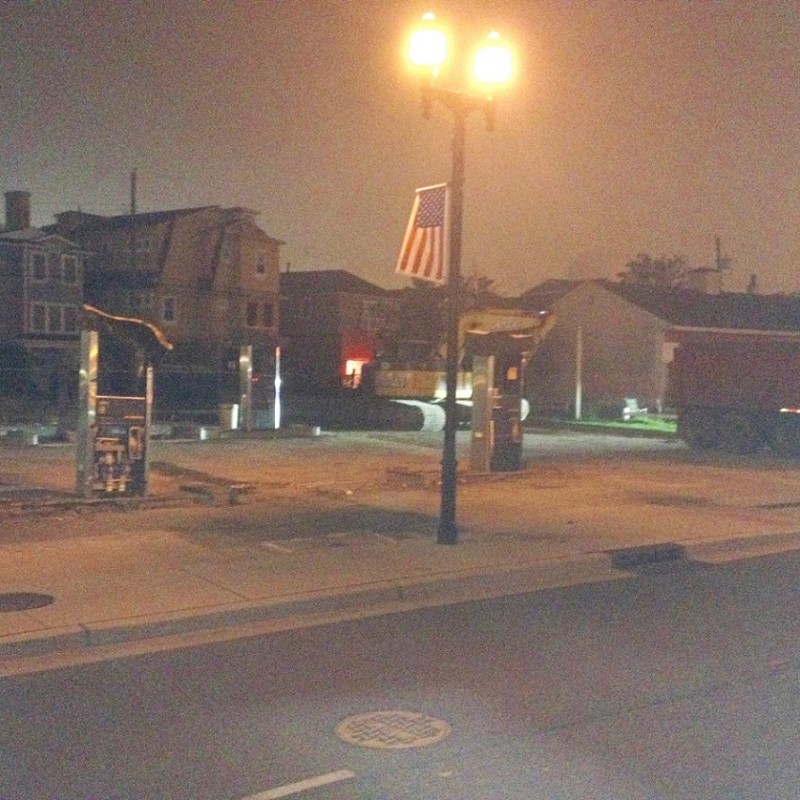 Frank Donato, the city’s chief financial officer, said the BP site will be landscaped to create more green space along the Ninth Street corridor, the main artery in and out of town. The land will also be used for parking for the surrounding residential neighborhood on Revere Place, as well as for people who bike, walk and jog across the Ninth Street causeway.

The Exxon site at Ninth Street and Bay Avenue is one of the first things visitors see as they enter town. The BP and Getty stations confront people as they leave the island via the Ninth Street causeway. City officials have long been concerned about the impression the run-down properties have made on tourists.

The bond ordinance to buy the BP property, approved by Council on May 12, set the city’s cleanup plan in motion. Donato said the city will probably take title to the site this month, after it is cleaned up and the bonds go to market to finance its purchase.

Separately, the city is negotiating to buy the old Getty property from owner Trinetra Realty Holdings New Jersey Delaware LLC of Princeton. Donato said the owner of the Bud’s Marina property next to the BP and Getty stations has also expressed interest in selling, which would give the city an even larger footprint for open space along the Ninth Street corridor.