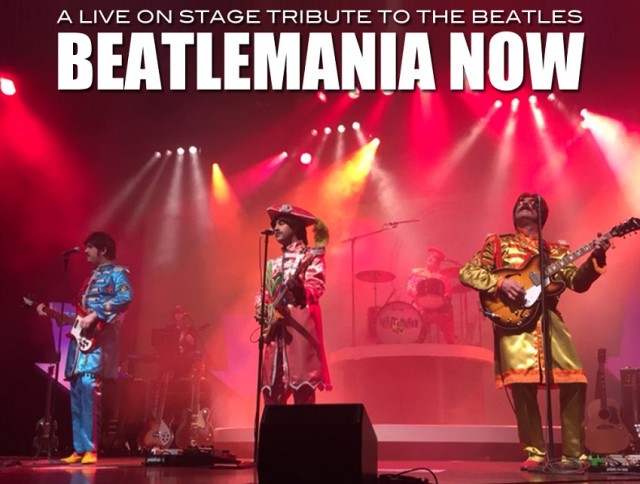 Mike Morrissey, 65, says the Beatles’ music has special meaning to members of his generation.

“It takes you to another time and place,” said Morrissey, Commander of Ferguson-Foglio VFW Post 6650 in Ocean City.

Baby Boomers can re-live the days of the Beatles’ heyday, and the younger fans have the opportunity to listen to the classics on Saturday July 2 at 7 p.m. when the Ocean City Music Pier hosts “Beatlemania Now,” to benefit the local VFW Post and its various charitable and veterans’ projects.

The concert, featuring Beatles look-alikes and sound-alikes, recaptures the excitement of the mid-1960s into the 70s, when the music of John Lennon, Paul McCartney, George Harrison and Ringo Starr was revolutionizing rock ‘n roll and pop culture in the United States and much of the world.

Beatlemania Now bills itself as the “world’s best Beatles tribute” show, and has appeared on Broadway and all over the world. The Ocean City Music Pier venue provides an intimate setting for this acclaimed act. In addition to the music itself, the show makes reference and pays tribute to the Beatles’ time including the Vietnam era, “flower power” and the movement for “peace love and understanding.”

Tickets for the event are $38, and a portion of proceeds benefit the local VFW programs. Tickets are available by calling the box office at 609-399-6111or by ordering online at www.OCNJ.tix.com/event.aspx?eventcode=857102 .

This will be the second time the VFW was involved in an Ocean City “Beatlemania Now” show, Morrissey said, and the previous one sold out.

“We have used the funds to send seriously ill children to Disney World, and we have hosted deserving vets for an Ocean City vacation, said Morrissey, an Ocean City resident and native of Upper Darby, PA. The post also provides resources and other assistance to families of fallen vets.  “We want to keep doing things like that,” he said. “We like to do nice things for good people.” 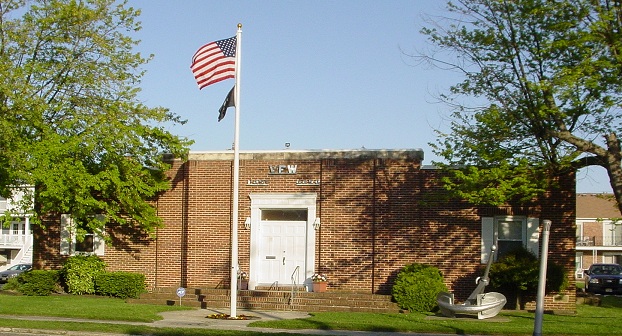 The idea to sponsor concerts came “by chance” about four years ago, he said, and the move has proved to be a boom to the organization’s budget and community efforts. He said the VFW has profited from the experience of hosting shows. “Scheduling this at the start of the July 4 weekend is advantageous with so many visitors in town.”

He also praised the efforts of the City of Ocean City and Mayor Jay Gillian for unyielding support of the Post and its various projects. “The city helps us out tremendously and it all starts with Mayor Gillian,” he said. “He is just a great guy.”

Morrissey, a Vietnam vet, served in the Army infantry in 1969. He downplays his service.  “I did what I had to do and God sent me home,” he said. “Many of my brothers were not so fortunate.”

He said it is gratifying to be involved with the local post, situated at 1501 Bay avenue, which he said is low-key and “flies mostly under the radar.”

The organization provides much in the way of support for our veterans including providing a place for them to congregate or to relax alone. “Nobody judges (veterans) or asks why they are here,” their promotional material states.  The local post also has a flag education program, specialists who assist veterans in securing all the benefits they have earned and pointing them to other resources.  They also serve hot meals to veterans on a regular basis.

For more information about Beatlemania Now, visit its website, www.beatlemanianow.com